When’s the best time to sell on eBay?

There’s countless arguments about when the best time to sell on eBay is, my previous research in to this matter came back saying Sunday evening.

But then I got to thinking, if everyone’s auction is selling on a Sunday evening, does that mean the market is saturated for that day? Would it be better selling your item on a day when there’s less items?

Hold my beer while I attempt an experiment.

Sell the same 7 vinyl albums 7 times, each on a different day and see which day generates the highest selling price.

Before I go in to the results, a couple of caveats

The albums have to be mint, desirable and all of equal status.

The album in question will be a mint, still fully sealed and as new LP from a popular band. It’s not their latest album, which does make it slightly more desirable. It’s no longer available online at the RRP and rarely on eBay and hasn’t been repressed as yet. Though some of their earlier albums have.

For reasons I shan’t divulge, I’ve gained access to 7 copies, all fully factory sealed mint and unopened, just like they would be had you walked in to a high street store a few years ago. 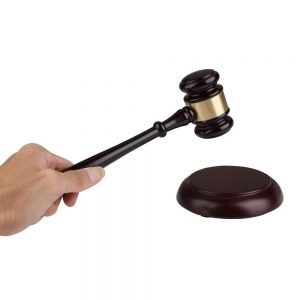 The Listings on eBay will be similar, but not the same

All listings sold will be final and posted to the winning bidder, whatever the final price. A few listings included free postage, some had a £4 postage added and this will be noted in the results.

Halfway through the experiment it was announced the band would be releasing a new album. This could be both good and bad.
Good, the profile of the band is raised and people realise they don’t have a copy of this album.
Bad, people are going to save their hard earned money for the latest release, not an old one on eBay.

Other aspects to consider

Timing of auction – Some buyers have more money to spend on records at different times of the month or year.

Unfortunately there were other copies available via auction from other sellers, even one ending 30 minutes prior to mine.