The problem with limited edition records.

Recently I received my brand new copy of David Bowie,’s 50th anniversary, Space Oddity and upon opening it, I was gutted. Gutted that one of the greatest albums ever made, featuring a new mix by original producer, Tony Visconti, was just a standard record. A run of the mill, black vinyl. So why the disappointment?

The 50th Anniversary of Space Oddity was released in November and was randomly distributed worldwide as a limited edition record with a mixture of hand-numbered labels. Numbers 1 to 1969 were placed on silver vinyl, numbers 1970 to 2019 on gold vinyl and the remainder being on black vinyl. Therefore my black vinyl was just a standard record, not numbered and not limited.

The Value of Limited Edition Records

A quick search on eBay will reveal the investment value of having a silver, low numbered edition in your collection. Certainly one that the grandchildren will be happy you bought in 50 years time when they rifle your collection after you’ve popped your clogs. It isn’t the monetary value that was the reason for my disappointment, (though a 10 fold increase in price wouldn’t have hurt), no, it was the fact that my record wasn’t a limited edition record. It was standard. Had that black record been silver and given a number, the perceived and actual value of it would have been so much greater, which is a bizarre concept really.

Why is a coloured, or numbered or pictured limited edition record any different from the bog standard black vinyl? Does it sound any better? Does it make your needle any healthier? No. Is there any difference between number 1 and number 10001 of a numbered record? No. The number is literally the number that is written on it. I dare to presume that the numbers are given in order (if anyone works in a vinyl factory and can confirm this, please do) but is the first record off the press really any better than the last? No. So why is it that we covert a limited edition over the standard version?

There are prime examples where standard black vinyl versions have become desirable, however they’re usually first presses. Take Oasis’ Definitely Maybe, a first press would set you back £100+ but the heavyweight reissue released 15 years later barely makes £100. The remastered reissue released 20 years after, is still available at the original price of £25.

Original first presses are also usually the most desirable as these are the ones that may have potential errors or other issues. The Beatles Revolver is a prime example of a first press with an error. John Lennon wasn’t happy with the mix of Tomorrow Never Knows when it hit the shops and it was immediately deleted and reissued with a new mix. Therefore all first presses of Revolver differ slightly to the next batch and are now a lot more sought after. 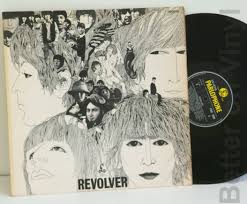 Prince didn’t even allow his standard Black Album to reach the shops before pulling it and destroying it for ever or at least he thought. Some records were liberated during the disposal process. 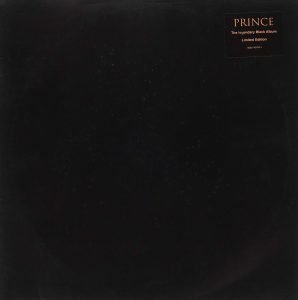 As you’ll see on eBay if you follow the links, both examples retail for a premium price compared to the standard versions. But what if they’d both had coloured or numbers releases as an option alongside the originals? Its become the norm that by adding a numerical value to a release, the desire for that release grows substantially.

In regards to numbered records, one of the first and most famous examples of a numbered record must surely be The Beatles White Album, a record that literally wore it’s number on it’s sleeve. 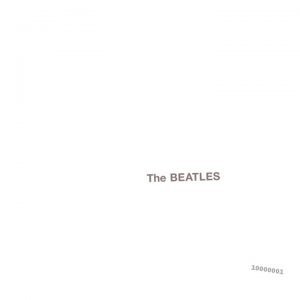 The plain white sleeve came about as a stark contrast to the very busy and very colourful Sgt Pepper’s Lonely Heart Club Band that was released a year earlier. The original pressing had only two markings on the front cover, ‘The Beatles’ embossed slightly below the middle and the first 2 million copies were individually numbered. The artist, Richard Hamilton, said that he wanted “to create the ironic situation of a numbered edition of something like 5 million copies”—a veritable “limited edition”. How limited they are is up for debate, it’s said that the same number system was used at all of the 12 pressing plants, so in theory, Ringo Starr’s personal copy of 0000001, should have another 11 counterparts.

50 years later and the majority of vinyl releases have a limited edition record available as part of the release. Be it numbered, coloured or signed, all of which are deemed to be more exclusive and desirable than their standard counterparts. This is down to the marketing of the record company whose job it is is to sell records, which surely isn’t a bad thing is it? However, the same record industry has persuaded us that a standard version isn’t as good anymore which is a shame as after all, surely it should just be about the music, not how it was packaged? Did David Bowie care if the record was black, numbered, signed or coloured? Or did he just want to get his music out to as many people in the world as possible?

Maybe I shouldn’t be so disappointed with my standard black David Bowie album after all.

Read our other blogs